So we’ve been watching the news and hearing all about the baby formula shortage. We’ve been to our usual stores and seen the empty shelves. Our baby is hungry and needs to eat! We have to break out of the programmed habit of relying on the centralized food system in order to provide, but how? This article will discuss what mothers did before commercial formula and baby foods came into existence.

Disclaimer: I am not giving medical advice! If your child needs a medical diet, discuss the matter with your doctor.

So what did mothers do before formula was invented?

Mother’s milk given via breastfeeding imparts a great many benefits to the baby, many of them immune-related. Breastfed babies tend to have stronger immune systems, fewer problems with diarrhea and other more serious issues, and tend to become healthier children. Breast milk provides nutrient components in a more readily absorbed form, including antioxidants, enzymes, and live antibodies that will help the infant form immunity to anything the mother has immune antibodies for. 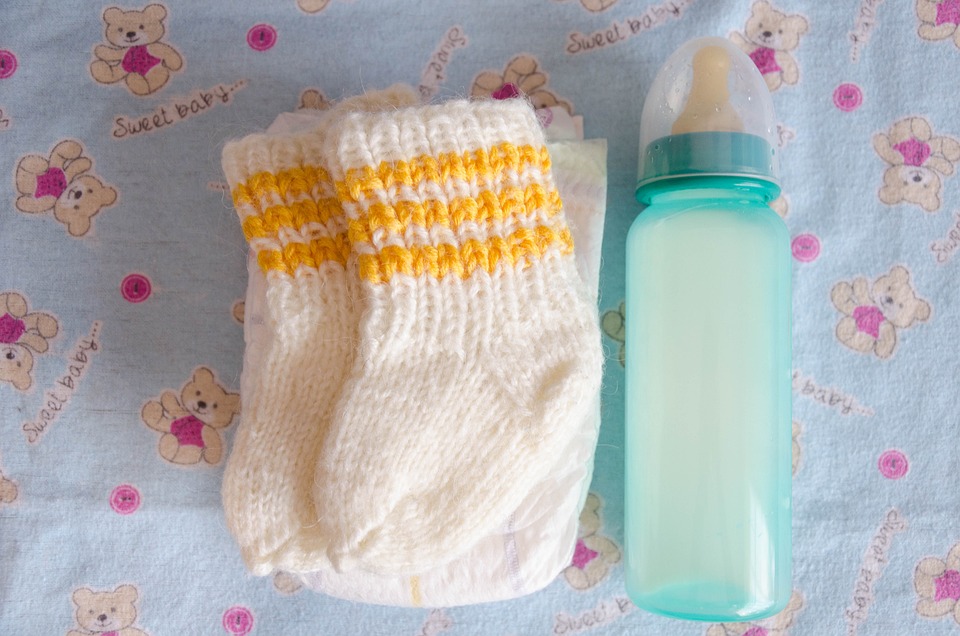 The oldest and most common way to feed a baby when a mother can’t do so herself is wet nursing, where another mother breastfeeds. This practice dates back over 2,000 years. This gives all of the benefits of breastfeeding from the mother. For an interesting and detailed history of the practice, go HERE.

I’ve also seen ads on social media from mothers who have excess pumped milk offered. Caveat emptor, however! Due diligence is a good thing.

Other animals, such as goats, sheep, and donkeys, to name a few, do produce milk.

Goat’s milk is a common alternative to cow’s milk, but it does have its risks. According to this article from PubMed, goat’s milk needs to be diluted to reduce solute load and fortified with vitamins, most notably iron. It’s also recommended to pasteurize or at least boil it. Also, be aware that babies allergic to cow’s milk can have bad reactions to goat’s milk as well.

Condensed milk is another possibility, but like goat’s milk is not without its cautions. If you choose to go this route, you’ll need to supplement with vitamins and minerals, most notably iron. An 18-month follow-up study from Canada found that infants fed evaporated milk had higher levels of anemia as well as lowered thiamine and selenium activity. When the same infants were tested 18 months later, no significant differences in these nutrient levels were found, but those who had been fed evaporated milk at an earlier age were more likely to have iron depletion, visit a physician, and have anemia than the breastfed infants.

So what about actual recipes? There’s Cresson Kearney’s infant formula. Aden’s article also refers to Weston A. Price, whose site contains several recipes. These are fairly complex and contain ingredients that might not be readily available in a collapsed economy, such as Bifidobacteria. The website does give a more simplified recipe, although they recommend this as a stopgap formula for use in emergencies only.

(Looking to keep your pantry fully stocked no matter what comes? Check out our free QUICKSTART Guide to building your 3-layer food storage plan.)

This stopgap formula can be used in emergencies or when the ingredients for homemade formula are unavailable.

• Place all ingredients in a blender or food processor and blend thoroughly.

• Attach a clean nipple to the bottle and set it in a pan of simmering water until the formula is warm but not hot to the touch. Shake well and feed to baby. (Never heat formula in a microwave oven!)

Well, when mothers are shopping across state lines for their neighbors, I’d call that an emergency. If a milk-based powdered formula isn’t available, consider substituting powdered milk from your stores with a hefty dose of vitamins and minerals, most notably iron. Again, this is not medical advice. It’s a suggestion for how to adjust a simple recipe for ingredients you have available when the regular components are nowhere to be found.

(Want uninterrupted access to The Organic Prepper? Check out our paid-subscription newsletter.)

Here are some recipes dating back to the 1950s.

One recipe calls for 13 ounces of evaporated milk, 20 ounces of water, and 2 level teaspoons of Karo syrup. Another is quite similar, with only the amounts being different. The special instructions do call for vitamins starting at ten days, which seems wise even given the differences in thinking over time. I’m not sure about the benefits of tea and diluted orange juice. This website does note that babies have a hard time digesting solids, sugars, and other unnamed substances prior to 6 months.

According to this article, babies in the 1800s ate solid food just as their parents did, perhaps with some milk or water to wash it down. Since commercial baby foods are filled with sugar and preservatives, some feel that a whole-food diet is far more beneficial than commercial foods anyway.

For example, a simple bean puree can add an easily digestible protein to your baby’s diet and consists of beans and water. Honestly, it sounds a bit like making hummus! An added benefit is that the ingredients list doesn’t read like a college chemistry exam. The blueberry puree is equally simple: blueberries and water, blend and feed. Store what’s left in your freezer. Real, whole foods! Who knew!

And how about barley tea? According to this website, babies starting at about six months need to be introduced to semisolid foods, partly because breastfeeding will no longer supply all of the nutrients necessary for growth. Barley contains a wide range of vitamins, minerals, fiber, and protein, among other nutrients, including folate. One tablespoon of barley powder or 1/2 cup barley to 2 cups of water pressure cooked or alternatively simmered for 40 minutes or so, and voila! Barley tea.

Here’s another article about making your own baby food.

With even the mainstream news being filled with stories about shortages and what governments are doing to help, it seems to make sense to adapt one’s thinking and find some alternatives to feeding baby. Parents have fed their babies for centuries before commercial formulas and food, so why not now? Whole foods in the proper consistency can be as beneficial to a baby as they are to anyone else. Perhaps this is a good time to forgo processed foods for your baby, just as you’ve done for yourself. Adapt and adjust!

What are your thoughts?

How would you feed your baby if commercial supplies were no longer available? What options sound best for you? What if breast milk was not available for some reason? Share your thoughts and suggestions in the comments.

Amy Allen is a professional bookworm and student of Life, the Universe, and Everything. She’s also a Master Gardener with a BS in biology, and has been growing food on her small urban lot since 2010.